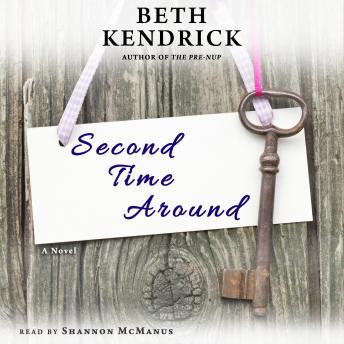 It's been a long time since Beth Kendrick left the small town of Springdale, Ohio and moved to New York City. Now she has a successful career as an editor and is engaged to her high school sweetheart, Jason. She would love nothing more than to be home in time for her wedding day when she gets called back into work one last time. It turns out that the magazine that she helped launch, along with her fiancee, is folding and before it goes down, they have one month left on their contract.

This story is about two people whose lives intersected in ways that could not be predicted. They met as adults and recognized each other from the past when they were children. The one thing that seemed to bind them together was their love of music, something they had shared since they were young.

'Shannon McManus' narrates this heartwarming romance of second chances, where life-changing events make it possible to see the world from a fresh perspective. It's the sequel to "Second Time Around: A Novel" narrated by 'Anne Jeffreys.'

A group of elderly women are gathered for their monthly cat-sitting date. They have all lived past 100 years, except for one. One by one, the women tell their stories about how it feels to die, and what life was like as a young woman in the 1920's. The women spend time retelling these stories over tea and cookies as if they were living them again as well remembering the love and laughter from long ago.

This novel is based on the author's life and her journey to find herself. It tells a story of a woman who has returned home from college with a degree in literature and is trying to find her way in life. The protagonist finds herself working for an insurance company and she starts questioning everything about herself. As she works, she also struggles with being single, something that has been difficult for her since her husband died. She meets a man named "Dan" who helps in some ways with this struggle.