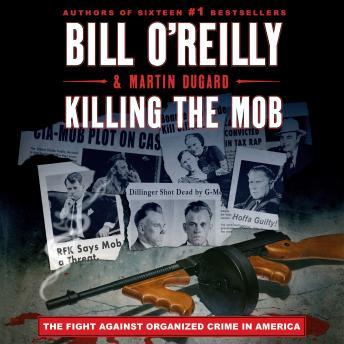 Organized crime, or what is often referred to as "Mob" activity, permeates our everyday lives. It's a threat to society and the economy of America, challenging our sense of safety and security. For years, law enforcement has been holding its own against this underworld, but now there's an even more powerful force standing up for justice: the American public.

This is a memoir by Martin Dugard, who has written several nonfiction works on law enforcement. The audiobook is told from the perspective of the author and his wife, though occasionally other characters are heard from. This is an engrossing story about the history of organized crime in America and how law enforcement gave them their comeuppance.

The author, Martin Dugard, is a former crime reporter for the New York Times. This book was written in an effort to give insight into the history of organized crime. The audiobook is narrated by Robert Petkoff.

Organized crime is a method used by many people when they want to get ahead. In the past, organized crime might have been limited to gangsters and mob members that could not get into other industries. Today, a person can still be involved in organized crime without even knowing it. This book covers the history of the Mafia, its growth into organized crime, and how the justice system has tried to stop it since.

Martin Dugard's new book, Killing the Mob: The Fight Against Organized Crime in America, is a riveting tale about the decades long battle against organized crime and its impact on our nation.

In Killing the Mob, author Martin Dugard addresses the history and fight against organized crime in America. Beginning in 1968 with the death of Jimmy Hoffa in a Michigan warehouse, he continues through to today as he provides an overview of the many law enforcement officials who have tried to bring down mob bosses like Carlos Marcello, Frank Costello, Meyer Lansky, Carlo Gambino, Albert Anastasia and John Gotti.